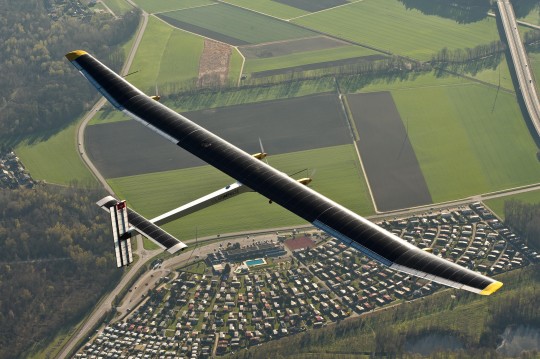 According to a United Nations Environment Programme report released in March by Frankfurt School UNEP Centre and Bloomberg New Energy Finance, renewables are finally becoming a globally significant source of power. Applications for diverse sources of energy are reaching and crossing the boundaries of what we once thought impossible.

One technology could change the way we fly.

The aviation industry burns the most carbon per passenger per kilometer of any mode of mass transport. Despite efforts to limit emissions, it remains the fastest growing sources of pollutants and greenhouse gas emissions. Today, the industry is identified as one of the toughest emissions source to decarbonizes.

Solar power and electric battery seek to change this.

Recently, Swiss pilots, Bertrand Piccard and André Borschberg, successfully made the longest ever solar powered flight non-stop from Japan to Hawaii. This is a milestone that could change the aviation industry and the way we fly.

The Solar Impulse 2, as it is called, is a 100% electric plane. It has capitalized on advances in Lithium ion batteries efficiencies. Today, Lithium ion batteries can store more than 60% electricity. The aircraft weighs the same as a Volvo sedan and goes at comparable speeds. Its top speed is 87m/h (140km/h), although in the journey the pilots used half that in order to conserve battery power.

The plane flew both day and night, carrying no fuel, powered by 17,000 solar panels set on its wings (which are wider than a Boeing 747’s) and fuselage. A 633 kg bank of lithium batteries, around a quarter of the entire weight, stored the energy to run the motors overnight.

The Solar Impulse project, which has already become the first solar-powered plane to fly through the night and the first to fly between two continents, must be seen as a major milestone toward a zero-carbon jumbo.

Airbus is investing $22 million into a project that will develop electric planes. The company envisions hybrid technology to fly longer and provide a springboard to build regional planes carrying 100 passengers. Boeing is also working on its own electric plane in partnership with Cambridge University.