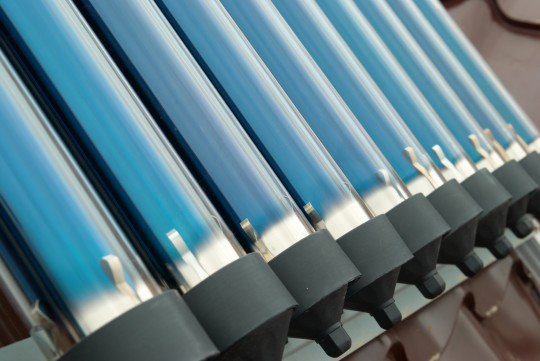 The next major energy advance will be centered on fuel cell technology. Fuel cells date back to the 1800s. Recently, however, they have emerged as a feasible alternative energy and are moving into the mainstream energy usage.

Fuel cells are highly portable and self-contained, providing a great deal of versatility. A growing number of big companies are relying on these mini power plants for a steady supply of electricity with a lower carbon footprint.

Fuel cells are electrochemical devices similar to batteries. But, unlike traditional batteries, they require a continuous stream of fuel and oxygen, generating electricity by producing positively charged hydrogen ions and negatively charged electrons. Water is usually the byproduct, but some cells produce carbon dioxide.

In 2014, more than 100 megawatts’ worth of fuel cells were installed in the US. This is about four times as much as the 27 megawatts added in 2011, according to Navigant Research. It is estimated that by 2020, North America will become a $6bn market for stationary fuel cells.

Fuel cell market leaders include FuelCell Energy, a public company based in Connecticut that was founded in 1969, and Bloom Energy, a private firm backed by Silicon Valley venture capitalists including Kleiner Perkins. They have sold or leased fuel cells to dozens of corporate customers including WalMart, Ikea, Apple and Verizon.

There remain challenges. For now, fuel cells only produce a small amount of electricity and are relatively expensive to appeal to small and medium-sized companies. They remain a niche business. Without subsidies, it would be difficult for them to compete with grid-powered electricity.

However, the next generation of fuel cells is well positioned. They will have something that earlier versions did not: a rising localized electricity market.